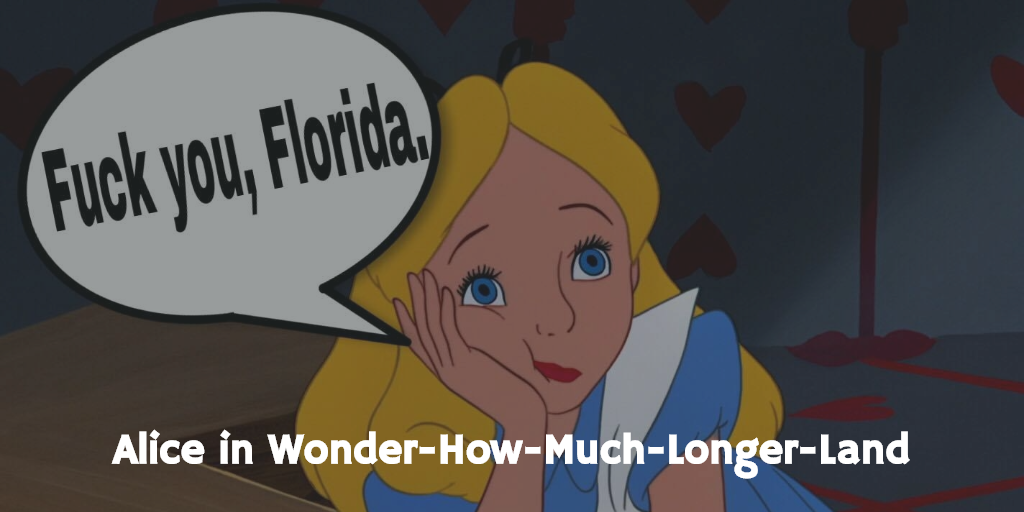 If a person wants to stop something that they don’t have the authority or resources to, what do they do? Delay. Stall. Stonewall. Block. Impede and generally fuck with.

So it is with the creeples trying to occupy your uterus. They can’t destroy abortion rights, but they can muck up your access to them enough that you can’t exercise them. Every moment they can delay an abortion makes that abortion potentially more expensive, difficult, and dangerous for the woman who is trying to exercise her rights.

Since the Supreme Court took some of the teeth out of TRAP laws, abortion opponents have been relying more on the tried and true tactics of imposing waiting periods before a woman can have an abortion.

There’s a case before the Florida Supreme Court right now challenging the state’s 24 mandatory abortion waiting period. Proponents of imposing a waiting period say women need to take their time. Denise Harle, the deputy solicitor general defending the waiting period said “There is a societal interest in making sure people are entering into these decisions with due deliberation.” To which we say… ABORTION IS NOT AN “IMPULSE BUY”!

We’re not buying a roll of Mentos at the checkout. We’re acting on a major life decision–and yes, WE ALREADY THOUGHT ABOUT IT!

This isn’t about “thinking it over.” This is about delaying, shaming, inconvenience, and exposing women to additional intimidation from anti-abortion clinic trolls by requiring an extra visit.

Currently 27 states require a waiting period to have an abortion–five of them make a woman wait 72 hours! Stand with Lady Parts Justice League and help to fight mandatory waiting periods all over the country.