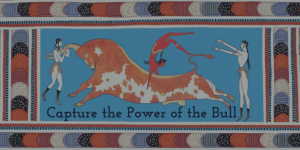 Isn’t it awesome that businesses have recently taken a stand to prevent reactionary state legislators from kicking around the LGBTQIA community. But the same states that have been doing that have spent years undermining and outright destroying the rights of women and pregnant people yet we haven’t heard as much as a peep from corporate boardrooms.

If we are going to make abortion rights truly part of a just and kick-ass society, we need to demand that corporate America also react for reproductive rights that they’ve recently shown for LGBTQIA rights.

OK! We realize there are regressive and reactionary people in this country who are setting their hair on fire to roll back marriage equality. Just look at the anti-LGBTQIA laws recently passed in North Carolina and Mississippi. But then look at the backlash that those discriminatory laws have sparked–most importantly among the business community.

Paypal cancelled a $3.6 million expansion in North Carolina. Dozens of other businesses, from Apple to Bank of America (the largest corporation in North Carolina) have pledged not to make any investments in the state until the law is repealed. The same pressure is now being applied to Mississippi. The threat of business backlash was enough to cause the Governor of Georgia to veto a similar law there. Last year the same scenario played out when Indiana passed a law discriminating against LGBTQIA people. Threats of boycotts from organizations like the NCAA, Subaru of America, and Angie’s List forced the state to pass an amendment providing protection for people in the LGBTQIA community.

Bottom line- Corporate America is taking a definitive stand in defense of LGBTQIA rights and that would have been unimaginable just a few short years ago.

WHY? Because Businesses became invested in humanity? Sometimes. But we guess  they mostly support LGBTQIA rights because everyone knows someone close to them who is either gay, queer, trans or identifies in any other genderfluid way.

And all of those folks are consumers.

Just a hunch, but I’ll bet just as many people also know a person with a uterus who could get pregnant. And they are consumers too!

Since 1 in 3 women will have an abortion in her lifetime, and that other inconvenient fact that 51 percent of the country are women, WHY THE HELL DON’T “business interests” include outrage to help protect something as important to society as abortion access.

These horrible TRAP laws and other measures aimed at destroying reproductive rights, which are also human rights violations are also happening in North Carolina, Mississippi and Indiana- yet the corporate silence is deafening.

There are differences between the LGBTQIA fight and the abortion fight. Your gender identity is who you are and having an abortion is a choice you make that doesn't define you. BUT having access to that choice, is what sets you on the path to who you can be and what your life can be and that is something everyone, should prioritize as a fundamental right that is not to be fucked with.

So LPJL believes it’s time to put pressure on Corporate America to also commit, with the same dedication, to a zero tolerance policy towards states that make inhumane laws against abortion rights and reproductive freedom.