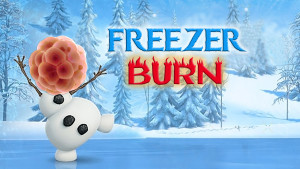 This is chilling…. not content with invading your uterus, now anti-abortion nutjobs are trying to get into your fertility clinic’s freezer.

Anti-choice groups are inserting themselves (oh how they love to do that!) into custody fights over frozen embryos. Couples who split up sometimes end up in court fighting over custody of embryos created during attempts at in vitro fertilization. Courts have treated these fights as disputes over marital property or as marital contract disputes. Now anti-abortion groups are pushing to have the cases decided on the basis of what is best for the frozen embryo–the same standard that is used in custody fights over actual born, walking, talking, tricycle-riding children.

It’s all part of the relentless “Personhood” campaign designed to have microscopic collections of cells given the same rights as full-fledged human beings. (Incidentally, since in vitro fertilization results in excess embryos being produced, that would mean that every couple who has such a procedure is now legally responsible for a large village worth of human beings.)

In a legal brief filed in one case, anti-abortion backers said “new human life is created at the instant of sperm-oocyte binding.” Right–try putting that on a birthday cake.

Here’s a thought–if you can freeze it, put it in the freezer next to the Birdseye succotash and the Hot Pockets, and then thaw it out months or years later… maybe it’s not a person.