What’s an abused or neglected pregnant teenager to do?

If they’re from Texas, they can go suck an egg. 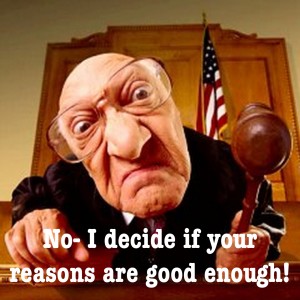 Starting in 2016, Texas has made it much harder for abused and neglected young girls to obtain reproductive health care by making major changes to its judicial bypass laws. Judicial bypass laws are the rules that dictate how minors obtain permission for an abortion if their parents are missing, unavailable, or abusive –like, say, their father impregnated them. Such minors can seek court approval for an abortion if they can find someone to grant it. Now, in Texas, they might as well just require a signed note from Ted Cruz.

Texas removed the deadlines for a judge to rule on a minor’s request for an abortion, meaning a judge can delay a decision until it’s too late or much more difficult for a young person to get an abortion. Also, minors must now apply for a judicial bypass in their home county if its population is more than 10,000… even in cases of rape. That means that a teenage rape victim has to be careful to schedule her consent hearing for a day when her rapist won’t also be at the courthouse.

And Texas now requires these underage pregnant people to provide the judge with their name, address, and home phone number, despite US Supreme Court rulings that the judicial bypass process must be anonymous. At least, they don’t have to put up a Facebook post… yet.

In nature, predators always pick off the most vulnerable of their potential prey–and it’s hard to imagine anyone more vulnerable than an abused, pregnant teenagers. So those are the defenseless victims that the anti-choice jackals in Texas are trying to bring down.

If you are rightfully horrified by this, join the Lady Parts Justice League and spread the word about how much humiliation power Texas judges have been legally given to shame and control a minor who desperately needs to not be pregnant.