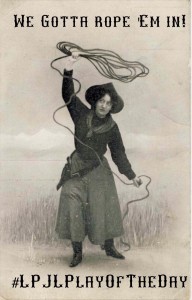 They’re right–everything IS bigger in Texas, including the waiting time for an abortion.

A harsh new law in the Lone Star State has caused the number of abortion clinics in Texas to plummet from 48 down to 18. HB2–the law that Wendy Davis tried to stop in 2013–subjects abortion clinics to crippling restrictions in a blatant move to shutter as many as possible. If conservatives were willing to regulate, oh I don’t know, the energy companies or gun makers the way they regulate abortion clinics, we would end school shootings and global warming both by tomorrow morning.

A new study shows that the crunch from HB2 is causing dangerously long wait times to get an abortion. The study says the delays will push the proportion of abortions performed in the 2nd trimester from 10.5% to 19%. Although still safe, 2nd trimester abortions are costlier and carry a higher risk of complications. Texas Republicans want to keep abortion unsafe, virtually illegal, and painfully slow.

And ironically, abortion opponents are more vehemently opposed to 2nd trimester abortion because of their dubious belief that fetuses can feel pain after 20 weeks. Now their own phony restrictions are causing the number of such abortions to rise in Texas!
So according to their own beliefs, abortion opponents are subjecting thousands of Lone Star fetuses (that phrase is available as a band name, BTW) to pain and torture just so they can torture women who need abortion care.