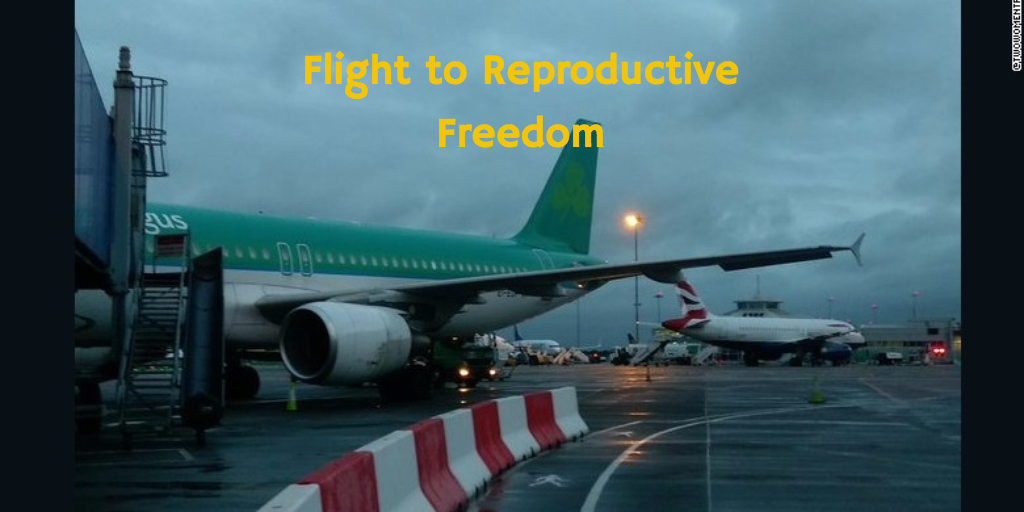 YAAASSSSS, Irish women! Wanna know what’ll happen if we allow anti-abortion doucheflaps to drag various US states into a retro swirlie of misoggy?  CHECK. IT. OUT.

Two mighty Irish women live-tweeted a 48-hour ROADTRIP (under the Twitter handle @TwoWomenTravel) from Ireland–where abortion is BANNED–to the United Kingdom so that one of them could have an abortion. WUT? Their tweetstorm broke the internet. SWERVE! They posted pics and udderly established ruleage.

The Republic of Ireland has a constitutional amendment banning abortion except to save the life of the mother. UM, NO. So what do women do? The UK’s Department of Health’s sez that 3,451 Irish women came to the UK for an abortion in 2015. That’s almost 10 a day, every day. Irish actress Tara Flynn, who spoke up about her trip to the Netherlands in 2006 for an abortion, said the Irish law “doesn't stop women in crisis accessing abortion, it simply makes it less safe.”

CHECK. PLEASE. She might as well have been talking about laws in bookoo US states–laws that make abortion impossible to access for chumba chunks of the country. The only difference here is that women can drive for hundreds of miles instead of Aering Lingus. It can happen here. It IS happening here. Thanks for inspo, Celtic Warriors.