RIGHT IS RIGHT: And rights are rights. This great piece by Elvia Diaz in AZCentral is a great reminder that Planned Parenthood should NEVER back away from defending abortion rights… or providing abortions as one of the many essential healthcare benefits they offer women. And we can NEVER allow abortion providers to be defunded OR to be demonized into backing away from their commitment to serving the needs of the community. Abortion is a right in a civilized society, and we don’t make compromises with people’s rights. NO APOLOGIES! NO SURRENDER!

There Will Be No DUCKING Abortion Restrictions in Oregon!

OREGON TRAILBLAZING: YES, OREGON! When states all over the country are going medieval on abortion rights, Oregon is STEPPING UP! Oregon lawmakers just passed a “bill” (GO DUCKS!) that requires insurance companies to cover reproductive services INCLUDING ABORTIONS at NO COST regardless of income, citizenship status, or gender identity! YAAASSS! And this bill also provides $500,000 for reproductive care for immigrants who don’t otherwise qualify. PLUS mandatory coverage for vasectomies, prenatal and postpartum care, counseling for victims of domestic abuse, and screening for cancer and STDs! This is GREAT NEWS. Oregon proves that the trail to the future will be trod by webbed feet.

DON’T MESS WITH MASS! A Massachusetts lawmaker is trying to put an end to that state’s public funding of abortion. The courts ruled in 1981 that the state constitution requires that, since the state provides funds for live births, it must also fund abortion services. Fuck. Yes. But GOP Rep Jim Lyons is trying to undo that by putting a constitutional amendment on the ballot that would begin the process of stripping those rights away. Massachusetts has some of the sanest abortion rights laws policies in America—but there’s a turd in the chowder-bowl, and its name is Rep. Jim Lyons. Don’t let this chowder-head turn MASS into MISS.

SHEROE: If there’s one constant around the globe, it’s that so-called “pro-life” activists love to issue death threats. Stella Creasy, a London Member of Parliament, has been bombarded with death threats since she was instrumental in getting the government to fund abortions for women from Northern Ireland who were forced to travel to England to get them. And the threats mention Jo Cox, another MP who was murdered by a far-right extremist last year. As we’ve sadly learned in the US from the murder of Dr. George Tiller, these threats are very real. The people who are standing up for our rights are doing it at a considerable risk—they deserve all the love and support we can give them, anywhere around the world. THANK YOU, STELLA CREASY!

The anti-abortion trolls at Operation Rescue are crying that the sparse number of hits on their lying propaganda pages are the result of some kind of conspiracy by “liberal tech companies that are relentlessly pro-abortion.” OR maybe people are searching the internet for INFORMATION and not THEOCRATIC BULLSHIT. They actually say there’s a plot to stifle their voices “and then supplant that information with radical pro-abortion information from the Center for Disease Control or Alan Guttmacher.” Damn those lib-tards at the CDC! Hey Dipshits, you’ve constructed your own reality. Why don’t you just build a search engine for it?

HAYYY, INDY! The Vagical Mystery Tour has reconvened in the Hoosier state and tonight we laugh and learn about how to help protect and defend abortion access! 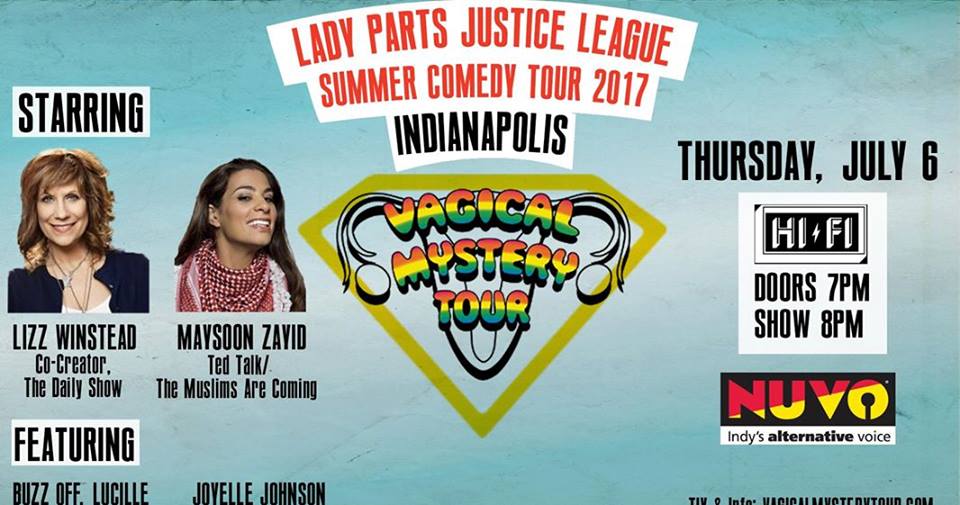