Another ugly AbSTAIN on the reputation of DHHS! Valerie Huber, an advocate for abstinence-only education has been named to a top post in a federal department increasingly populated with highly stained’ ANTI-CHOICE WINGNUTS. It’s already home to Tom Price-is-right-for-unethical-stock-trades and Charmaine “Abortion Causes Breast Cancer” Yoest. Huber is president of Ascend (Pronounced ASS-END), an abstinence-only nuthouse. (She says she prefers the term “sexual risk avoidance” to abstinence education… or to “moralistic weasel-crap.” Huber managed Ohio's abstinence program from 2004 to 2007, during which time young people in Ohio happily stopped having sex completely. KIDDING!

SPECIAL SESSION AGGRESSION in MISSOURI! Ever notice that state legislatures never call a “Special Session” to affirm or expand abortion rights? It’s always to do some very special damage to abortion access in the state. Texas’s notorious HB2 was the result of a special session. So it’s a bad sign that the Missouri Governor is getting ready to call a special session of Big Mo’s legislature. They want to strike down a St. Louis ordinance that prevents discrimination against those who have had an abortion or use birth control. Oh, and then they’ll pass another bunch of anti-choice fuckery, seeing as how they’re in your uterus already! Don’t you feel SPECIAL, MISSOURI?

ACLU: We Spoke With One of the Only Abortion Providers Left in the State of Alabama. Here’s What She Had to Say

Here’s a great interview with Yashica Robinson, one of the only abortion providers in Alabama and a reproductive rights SHERO! Alabama is one of many states with just a handful of abortion clinics left—or even just one! And they’re all run by awesome people with the same drive and dedication as Yashica. And they’re protected by heroes LIKE YOU! If you want to get involved with the fight to keep abortion accessible in Alabama, contact an URGE chapter there or the POWERHOUSE in Montgomery. ALABAMA, YOU’VE GOT THE REST OF THE UNION TO HELP YOU ALONG!

KEYSTONE STATE KOPS: Don’t go all Texas on us, Pennsylvania! Anti-abortion forces in Pee-A are pushing pissy legislation to deny abortions after 20 weeks, outlaw the safest and most common second-trimester procedure, and (OF COURSE!) defund Planned Parenthood. They’re being opposed by, among others, the American Congress of Obstetricians and Gynecologists. And they can be opposed by you too—Lady Parts’ VAGICAL MYSTERY TOUR will be in PITTSBURGH PA on July 19. Come join us to put up a Steel Curtain around abortion rights in PA!

What happens when a group of badass comedians join forces with Pink House Defenders to support the Jackson Women’s Health Organization?

…We'll let them tell you.

“My most moving moment was escorting a girl with her mom … My heart broke for her having to walk into that storm of people. It made me feel sad, not about her abortion, but what she had to endure to get it. I can't believe that the people at Pink House Defenders are not being paid to do this work. There's hope for Jackson.”

“Today I met AARON ‘THE AFFABLE ANTI!' He seemed like one of the truest christians I've ever spoken too. If you're gonna be on the anti side and you're NOT gonna be an asshole about it… I kinda cool with you TO AN EXTENT.”

“I wish I had been able to meet Aaron. The antis I spoke to were quiet – but they were still dicks.

“I was really struck by the racial disparity of the protestors versus the women going into the clinic … How dare you fat disgusting old white men tell these women of color what do with their bodies when you don't give a shit about them any other time.”

“I just can't stress enough what it means to show up at these places to volunteer. The protestors show up because (historically) no one has challenged them for being the classic bullies. Bullies with bullhorns. They didn't use their bullhorns today because there were people there who could've outed them as being the bullies that they are.” 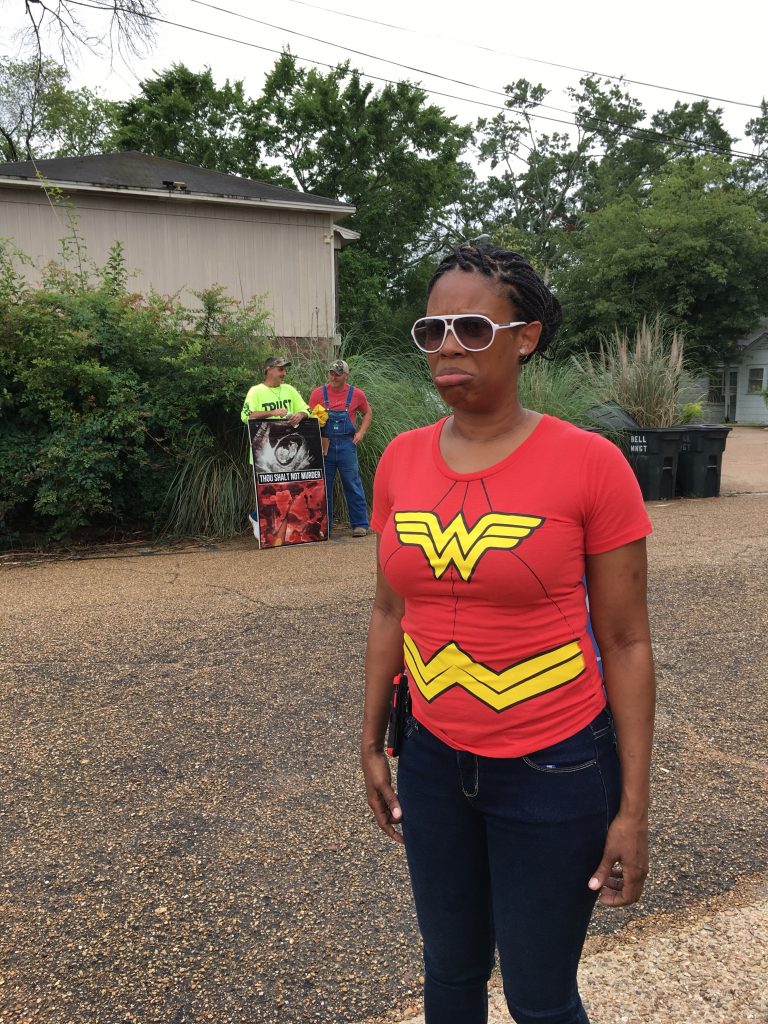 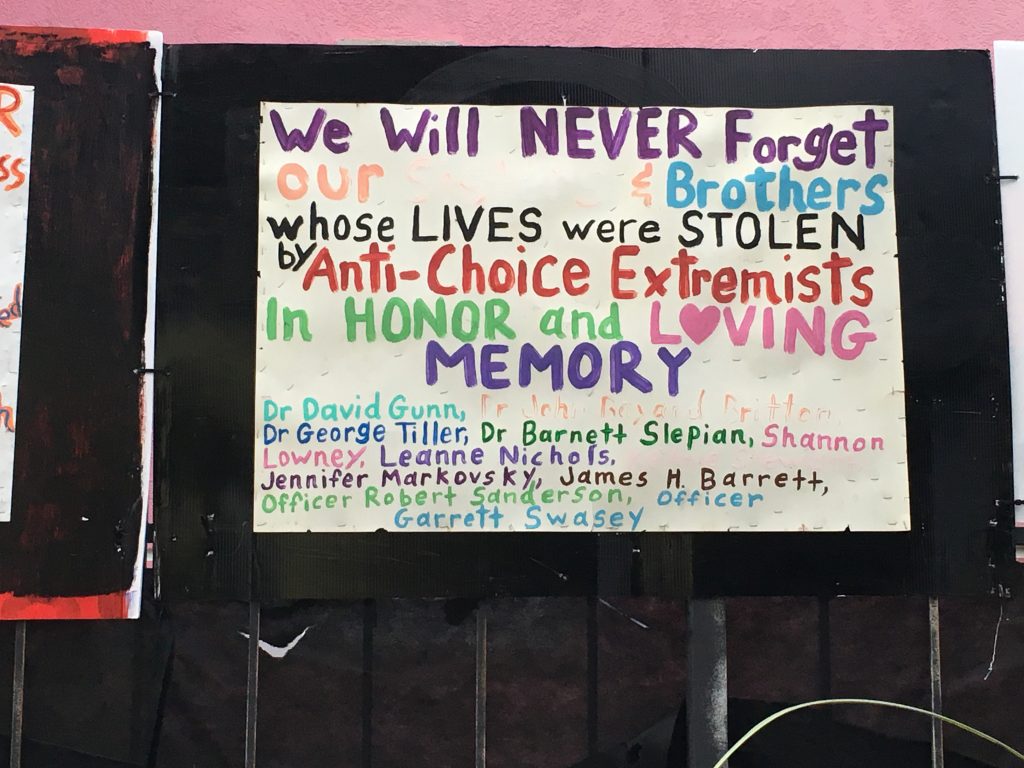 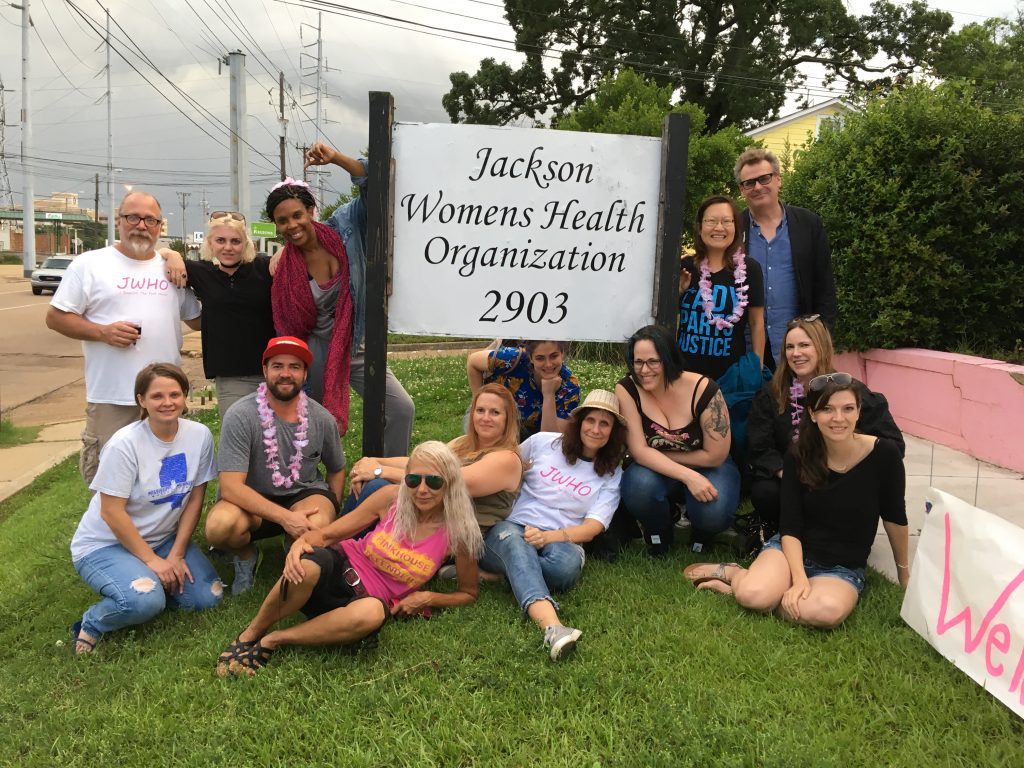 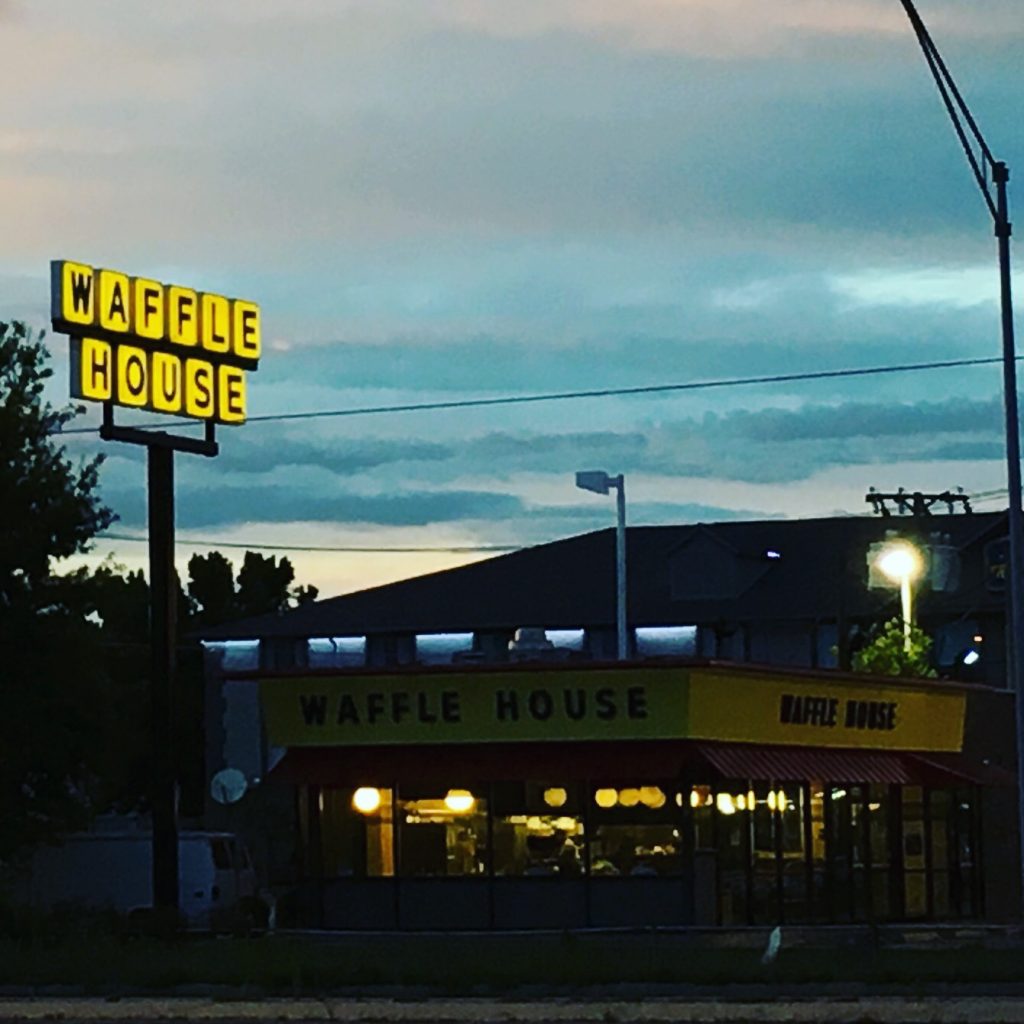 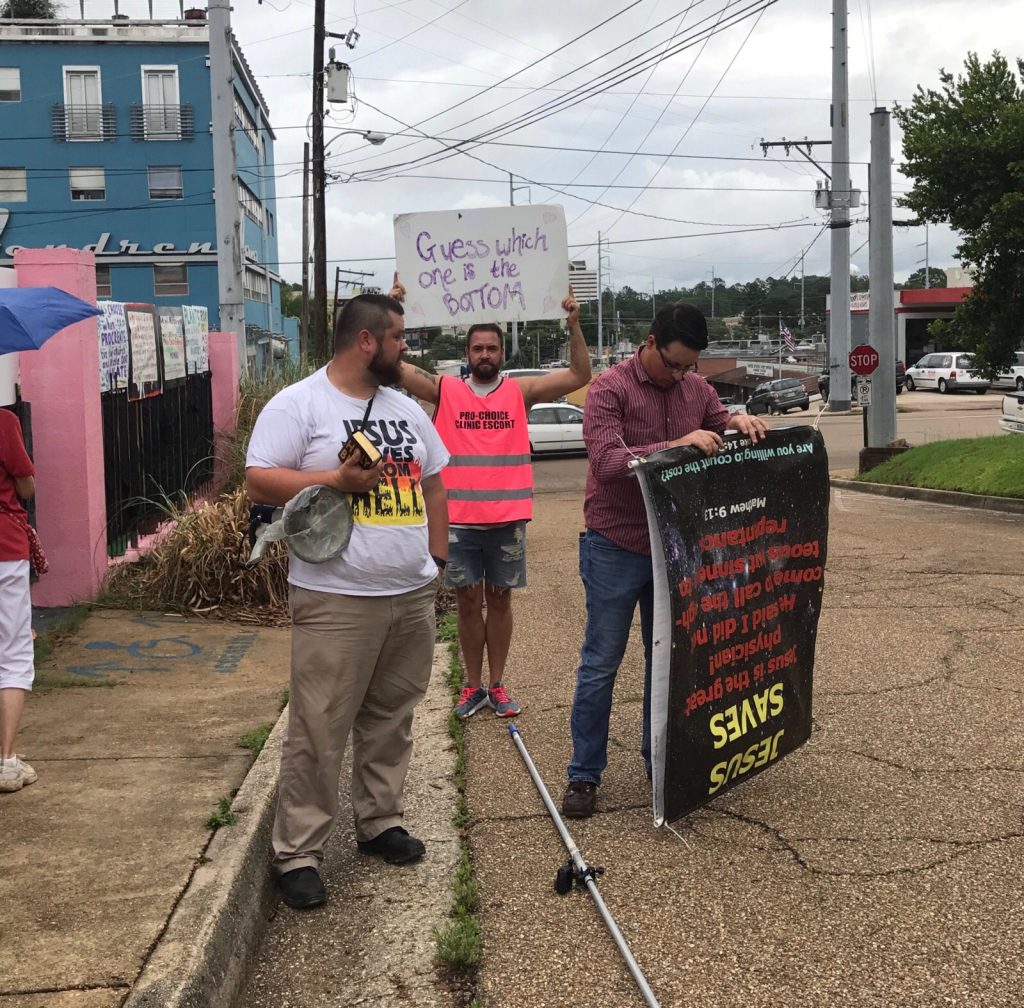 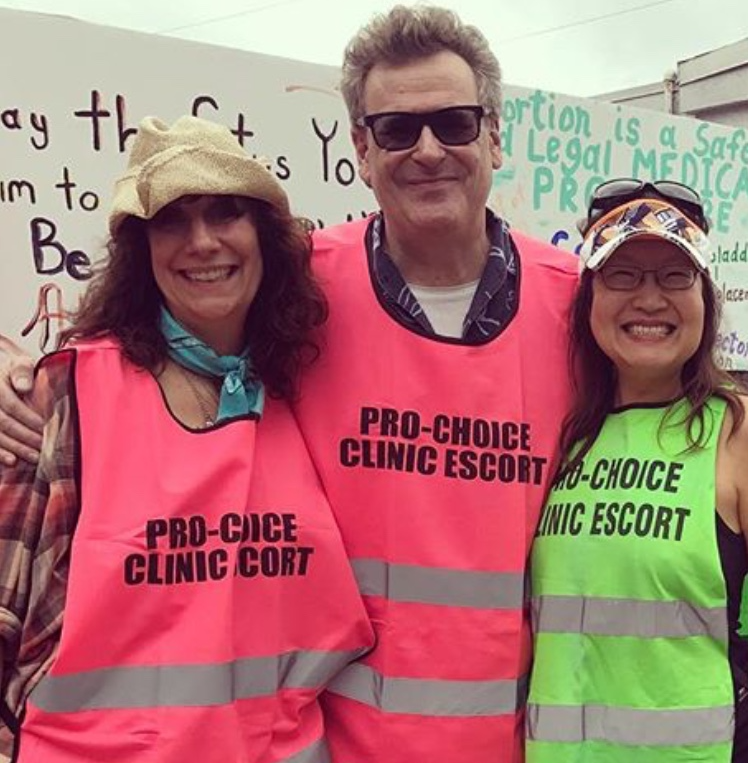