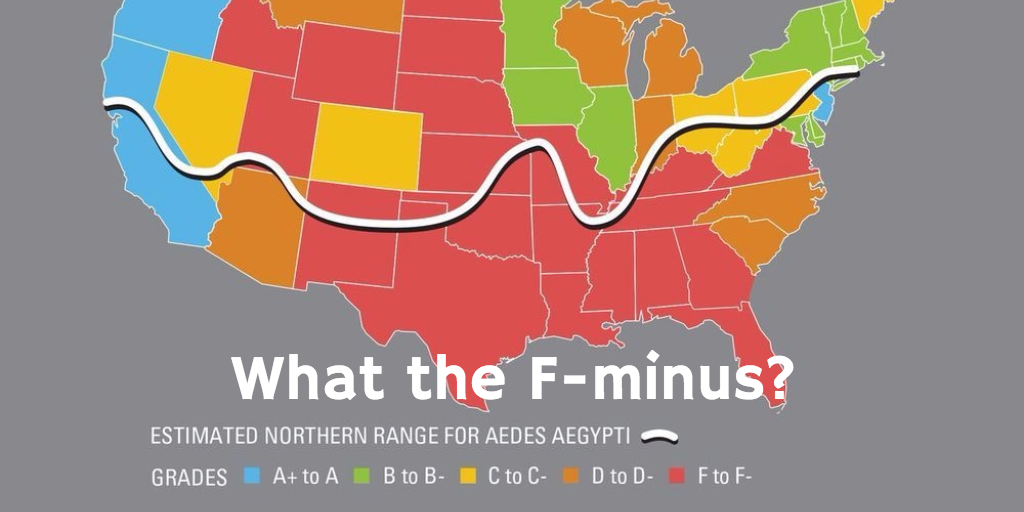 As dumb luck and dumber politicians would have it, the states that are at the highest risk for the Zika virus are the ones with the very worst policies on reproductive health.

That’s because Zika is spread by mosquitoes, insects who tend to do better in warm, southern states. And–HELLO!–those are same states where insects like misogynistic politicians thrive.

As the maps in this disturbing Vox article show, Zika is the biggest danger in states that have shit-tastic records on little things like, oh, the rate of unintended and teen pregnancies, sex education requirements, access to emergency contraception, Medicaid eligibility rules, and abortion restrictions and access.

Mosquito bites? Everything about these states bites!

Take Texas… PLEASE! (Rimshot) The Population Institute’s report card on reproductive issues gave Texas an F- !! That’s right–Texas got rated WORSE THAN FAIL! An F- is the grade they give you because there is no such thing as a grade of Z.

And on the national level, the trogs and trolls who represent the Ignorance Belt states are front and center in the fight to deny funding to Planned Parenthood… at a time when Planned Parenthood (and the general concept of parenthood being planned) is our best defense against having thousands of children born with horrific birth defects.

President Obama asked Congress to approve $1.9 billion in emergency funding to deal with Zika LAST FEBRUARY! Republicans keep trying to cut the amount… and make sure Planned Parenthood doesn’t get any of it. Because Baby Jesus.

The port of entry to the US for the Zika virus is the gaping hole in our common sense that these states of the Old Confederacy represent. These are the same morons who want a wall on the border. Meanwhile, they’re the ones who are leaving the screen door open to Zika mosquitos.