The Lies of Texas Are Upon You

The State of Texas is updating the booklet of lies that it forces onto women seeking an abortion.

The new version includes even more untruths! Somebody must have done a fact check and found out that the old version had too many facts. If it did, those facts were well hidden.

In a perfectly Orwellian irony, the title of the booklet is “A Woman’s Right to Know.” But most of the things that Texas wants a woman to know about abortion are wrong. Texas law requires that this packet of crap salad be given to every woman who is seeking an abortion. They don’t want women making this vital decision without being fully misinformed first.

And this pamphlet is to misinformation what the Harry Potter series is to wizardry. A Rutgers University study found that 35% of the information in the booklet is inaccurate. And almost half of the information about first-trimester abortion is wrong. Seriously! The movie Ice Age: Collision Course has more true facts about the Pleistocene Era than this booklet has on abortion.

Among the “facts” presented are the long-disproven lie about there being a link between abortion and breast cancer, and discussion of a traumatic “post-abortion stress syndrome” that the American Psychological Association does not recognize.

Oh, and the booklet lists those phony “crisis pregnancy centers” among the places to go for help, right along with actual clinics, which is like putting those “Nigerian prince” scammers in a list of financial advisors.

Newly added is a section on “fetal pain” at 20 weeks, despite the lack of scientific evidence of any such thing. And, virtually from the moment of conception, the new booklet revels in referring to the zygote/embryo/fetus as “your baby” and “the unborn child.”

You can tell Texas to quit messing with the facts by signing on to a letter to the State Department of Health Services from NARAL and other abortion rights groups, or by emailing them directly at WRTK@dshs.state.tx.us by Friday, July 29. Do it, and exercise a woman’s right to “No!” 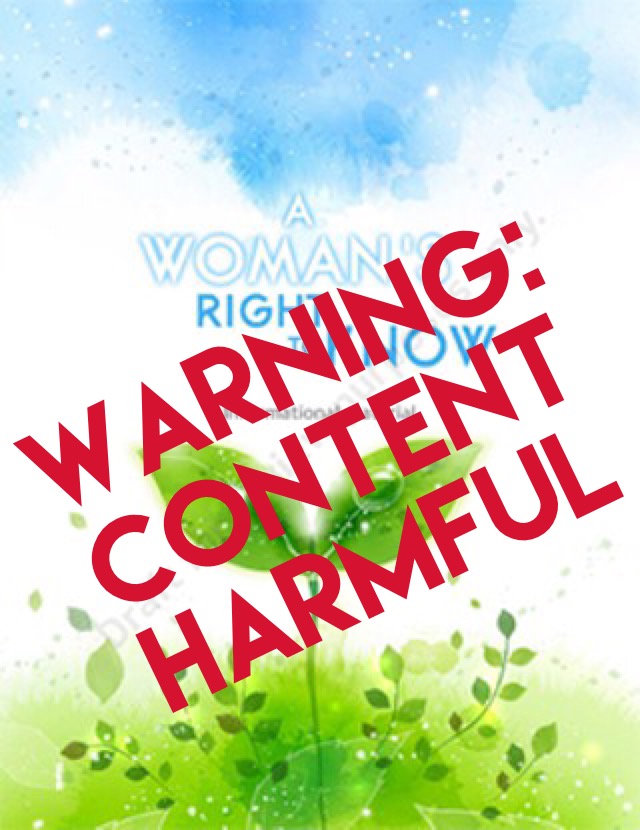